Bloomberg published a massive 40,000 word story about crypto Tuesday by veteran finance journalist Matt Levine. In the piece, Levine writes derisively about NFTs, likening them and the majority of the crypto space to a Ponzi scheme.

“The bad way to put this is that every web3 project is simultaneously a Ponzi [scheme],” Levine wrote, asserting that most tokens are bought with the express purpose of offloading them onto others for more money. “Why do you think someone else will buy the tokens? Is it because you think they like the product? Or is it because you think they are planning to get rich by selling to a bigger sucker? Where does that end?” 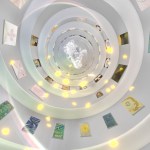 When Levine wrote specifically about the presence of NFTs in the larger Web3 context, he brought up a few points that undergirded his belief in NFTs’ essential valuelessness: that the NFT is technologically weak, that the legal grounding for NFT ownership, so far as IP is concerned, is thin, and that the general sentiment that the art NFTs represent was for the most just “zombies and kitties”.

There are certain obvious technological and legal issues with NFTs. The basic one that Levine brought up was that, in his words, “the art doesn’t live on the blockchain.”

“If you buy an NFT, what you own is a notation on the blockchain that says you own a pointer to some web server. On that web server there’s probably a picture of a monkey, but that’s none of the blockchain’s business.”

Though there are many NFTs where the art is held on the blockchain, for example, the NFTs minted on the generative art platform Art Blocks, the majority of NFTs are not.

Kelani Nichole, who has been running the digital art gallery Transfer since 2013, told ARTnews last year that she was frustrated that most people didn’t know this. “The NFT is just one display asset made available online, it’s for the public, it’s a receipt” Nichole said. “However, to really own the work you have to retrieve the full archival package.”

Her point? Owning and caring for a digital art work takes more than buying a token.

Something Levine didn’t mention is that even the royalties that are supposedly guaranteed to artists by NFTs aren’t always delivered because different NFT marketplaces write different smart contracts that can’t be processed when an NFT is sold across platforms.

When it comes to legal matters, the situation is even worse.

The technological and legal connections between blockchain and JPEG and ownership are a bit thin,” writes Levine, continuing to say that those connections are only enforced culturally.”

Last year, intellectual property rights lawyer Jeff Gluck told ARTnews, “You can’t walk into a courtroom and say, ‘I put this on the blockchain, I can enforce my rights, because that’s not recognized [as proof of ownership].’”

What is recognized is copyright. But what happens when an NFT can’t be copyrighted?

Dr. Andres Guadamuz, a leading expert in the intersections of intellectual property rights and the developing field of crypto law, thinks that most profile-pic NFT collections (those collections, like Bored Ape Yacht Club, that come in a series of 10,000 or so generated images) likely don’t qualify for copyright protection under current originality and creativity standards.

What Levine didn’t quite get right was his insistence on pigeonholing NFTs into nothing more than large PFP collections of zombies and kittens used to swindle people out of money. NFTs have their roots in the early digital art scene and artists’ effort to get paid for that work, which was often difficult to sell.

“We’ve seen the transformation of our world into a kind of network digital reality where creative media is so fundamental, but until this technology was established, there was no way to really value that directly,” Kevin McCoy, an early inventor of NFTs, told ARTnews.

“As I see it, this gold rush or whatever we want to call it is a leveling-out or re-equilibrium that’s moving some of the value that was there all along much closer to the creative communities that have been providing it.”

But McCoy was also aware of the abuses and tone of the community, and commented that using NFTs sustainably would be the result of people who are willing to shape the space for the better, a topic that many fine and digital art collectors are passionate about.